“Alright, let’s get this training started! Hahaha, I hear we’ve got a new transfer student today! Welcome aboard, Nacht-kun!”

After lunch, it was time for basic training.

After changing into their athletic wear, Nacht and the others lined up on the ground for the basic training class.

While the instructor continued to explain this and that to Nacht, his classmates stared at him and whispered to each other in whispers.

“He’s our enemy! He’s been fucking with Furukata-senpai and Charlotte! …Let’s fucking crush him.”

They had also been in the dining room and had witnessed the scene. They laughed vilely, boiling with hatred as they peered at Nacht.

At the instructor’s command, the students of Class F ran out in unison. Their physical abilities, strengthened by magic, were beyond the reach of ordinary people, and they ran across the ground faster than horses.

Having started from the back, Nacht tried to overtake the group of classmates ahead of him, but at that moment, an array of limbs reached out from all directions.

“Watch it, you are going to mess us up!”

It was the classmates who had just been having a secret conversation. It was an obvious attack, so Nacht evaded them by brushing them away with his hands and jumping ahead.

“Whoa… Damn it, chase and destroy!”

His classmates rushed to catch up with him. However, as soon as Nacht passed the other group, he quickly increased his speed and started running at more than twice the speed of the others.

Nacht’s classmates shouted in surprise as they watched his figure shrink further and further into the distance.

“It’s easy to run here. Much easier than running through the woods and mountains,”  muttered Nacht to himself.

By the end, Nacht had repeatedly lapped the classmates who had tried to interfere with him.

After running, the next exercise was to train in the obstacle area set up next to the grounds. They had to overcome vertical walls, narrow tunnels, and even ropes stretched over deep holes, relying on their own muscle strength and sense of balance.

“Heh, this is interesting, but is it okay to just mess around like this during class?”

Charlotte spoke to Nacht in disbelief. The course had traps everywhere, and getting caught could result in a serious injury.

Nacht ogled the gym-clothes-clad Charlotte. Since the training content remained the same for both genders, it was only natural for the boys and girls to train together.

When Charlotte noticed his gaze and asked him curiously, Nacht replied with his gaze (mostly on her chest).

“No, I was just thinking that you would look good in anything. That outfit’s got massive drip.” “Like, just huge.” 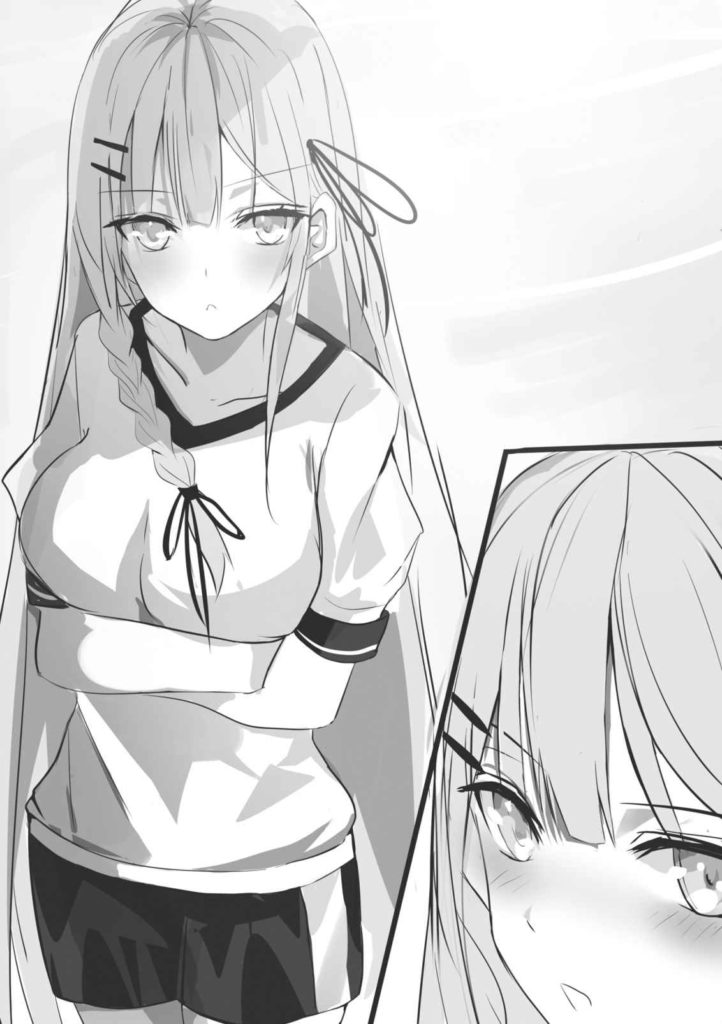 “…U-Uwu… d-d-d-d-dummy!” Charlotte stuttered, blushing as she covered her chest.

The classmates who had previously failed to trip Nacht up glared hatefully at him as they watched.

“Now’s not the time to be standing around! Fuck him up! Make him end up just like that broken classroom wall!”

“Yeah, no more holding back. We can make it seem as if it was an accident!”

“Yeah, let’s do it. Let’s be thorough! Make it look like an accident happened during class!”

Nacht’s classmates harbored such thoughts as they shadowed him.

The next moment, one of them fell from above Nacht, gripping a log.

“Ah, no! I’m falling! Transfer student, get out of the way!”

Despite his words, the boy laughed as he swung the log toward Nacht.

However, Nacht easily avoided the log, planting his foot into the boy’s stomach with a kick.

“That was dangerous, you almost hit the ground. Are you okay?”

After the obstacle course, the training continued by moving to a court which was divided in two.

In the throwing exercise, they were split into two teams. They then threw balls at each other, with the rule that if they were hit, they were eliminated. It was an exercise to develop agility and decision-making skills in the event of a melee.

“Another game. Is this really efficient for training?” Nacht wondered aloud, spinning the ball on his fingertip.

“Don’t underestimate those balls, they’re filled with sand and hurt like hell. If a person with magic power throws one, it’ll launch like a cannonball.” Charlotte replied, brushing the mud off her clothes.

Their undisciplined classmates watched, muttering to each other in another secret conversation.

“I’m definitely going to kill you this time! Prepare yourself…!”

They clutched their balls with bloodshot eyes. In this drill, each person had their own ball. If enough people threw theirs all at once, there was no way a redhead could hope to escape.

“All right, let’s start the exercise!”

At the signal from the instructor, the classmates all simultaneously threw their balls. Most of them were targeting Nacht. Not only enemies, but even people on his own team.

One of them secretly put magic power into the ball, causing it to twist in mid-air and aim for Nacht’s back.

Despite his classmates’ malicious chuckling, Nacht smiled with a relaxed expression, easily catching a ball that flew directly at him. On top of that, he used both of his hands to kill the momentum of rest of the balls, even catching and dropping at his feet the magically-powered ball coming from his blind spot without even looking at it.

Nacht, having collected most of the balls around him, chuckled as his classmates grew pale.

While saying this, Nacht unleashed a barrage of balls. They surged ahead like rays of light, overwhelming his classmates one after another. Screams came from all around.

Charlotte looked at the devastation wrought by the Nacht-turned-turret.

“…Take it a little easy on them, you idiot!!” she barked.

Please support their families by donating to Ko-Fi.

Sanguis: “Funny, I haven’t gotten pinged in #translation-help by Ucali in a while.”

Ezu: “What’s going on? Did I miss something?”

Hyou: “Huh? Did I miss something?”

Yan: “Don’t overwork yourself for a penny a day. Also, loli?”

Mateo: “Did Ucali forget about me?”

Unu: “Sorry, I was going through a tunnel. What was that?” (Repeat until they stop asking. Trust me, eventually they’ll give up.)

I Want To Make Time Thief-chan’s Heart Pound, A Love Psychological Warfare with my Summer Vacation on the Line