I Went Out With a Losing Heroine, But Before I knew It, My Childhood Friend, Who's Supposed to be The Winning Heroine Thought We Were Dating, Got Angry and Went Into an Argument - Chapter 97

“Hey, Yō-kun, how did you end up in that situation?”

“Stop it, don’t make me dig deeper into it.”

Yō glared at Nagisa, who tilted her head with a smile after asking Yō a peculiar question.

It was obvious that Nagisa had something bad in mind, so he stopped her from saying anything else.

“But I demand an explanation.”

“It’s not like I have anything to hide though…”

Stopping Nagisa, Yō shook his head in annoyance as Marin tugged at his sleeve with puffed out cheeks.

It was awkward for either one of them, but Nagisa was amused and eager to listen, and Marin was sulking.

Yō was troubled by the situation.

“Marin-chan has no choice but to do the same thing, right?”

Without a word of restraint from Yō, Nagisa looked at Marin with a meaningful glance.

To which, Marin nodded.

When Marin came to her senses, Nagisa clicked her tongue in disappointment.

“But you might make Yō-kun happy if you do, right?”

Marin’s heart wavered for a moment, but she refused Nagisa’s offer.

It seemed that her embarrassment got the better of her.

“Why is Nemoto-san so proud of winning…!? If you’re a girl, have some modesty…!”

Kasumi smiled triumphantly, and Marin snapped out to Kasumi.

“I do that kind of thing to Yō only. I’m much more well-guarded towards other boys than I am with Akimi-san.”

Not liking what Marin said to her, Kasumi dismissed Marin’s words as if to provoke her.

One could say that she deliberately brought up Marin as a kind of retort.

“I-I don’t show my skin to others unnecessarily…!”

“You’re smiling and trying to put him in a good mood. How many boys would expect that?”

Since Marin is dubbed as “the dream girl of most boys” at their school, many of them have high expectations of her just because she treats them nicely.

In fact, many boys mistakenly believe that just because she smiles at them, she might be attracted to them.

Kasumi was referring to that.

“Whatever your intentions are, that’s how it looks to those around you.”

Marin’s cheeks puffed up even more than before.

That’s probably how much she didn’t like what Kasumi was saying.

Yō hurriedly stepped in between the two of them.

“That’s because Nemoto-san kept on teasing me…!”

“I was just telling the truth though.”

Even when Yō intervened, sparks flew between them.

Yō knew it was bad, so he turned his attention to Nagisa.

“For now, we’ll film in this restaurant later. We’ll come back one more time when you two are settled.”

Nagisa seemed to also agree and did not make any strange remarks.

They decided that the ongoing conflict between them was not a good thing because it was happening regardless of what Yō had to say.

“I’m going to leave Akimi to you for now. I need to talk to Kasumi.”

When Yō tried to get a moment alone with Kasumi, Marin looked dissatisfied.

Marin seemed to be more honest in her anger.

“I’ll be giving her a little lesson, okay?”

With a single comment from Yō, her smile turned into a gloomy one.

Thanks to your support,

Overlap Bunko has decided to publish the book!

The release date is September 25th!

And to go along with that,

The title of the book will be changed to

“People Around Me Misunderstood that I was in a Relationship with The Losing Heroine, Which Led to a Shuraba with My Childhood Friend”.

This book is a lot better than the original.

I hope you will read the book version as well♪

If it isn’t obvious enough, Matsu is too busy with his College studies that he wasn’t able to edit this chapter. Moreover, this is my first chapter in like many months so pardon me for any grammar mistake as I have also done this around 2:30-3:00am our time. I haven’t slept yet as I write this afterword. I might do the light novel version once I finish all the other series that I am doing though which will take quite a long time for it to happen as I am also in College right now, pursuing Computer Engineering. Just in case you guys are wondering, this chapter was released in raws like last August 13. I’m basically 2 months late, and this is the first of the 6 chapters he uploaded after chapter 96. I’ll probably try and do them all next week during our University week since we’ll get a few days of break.

Update: Apparently he was able to edit this lmfao, made me looking stooopid on this afterword. Well anyway, I’m letting you guys know, if you read any of my other series, I haven’t dropped any of them. Also, obviously, since this chapter is late, the light novel is already released and you can buy it here.

Here are our main girls: 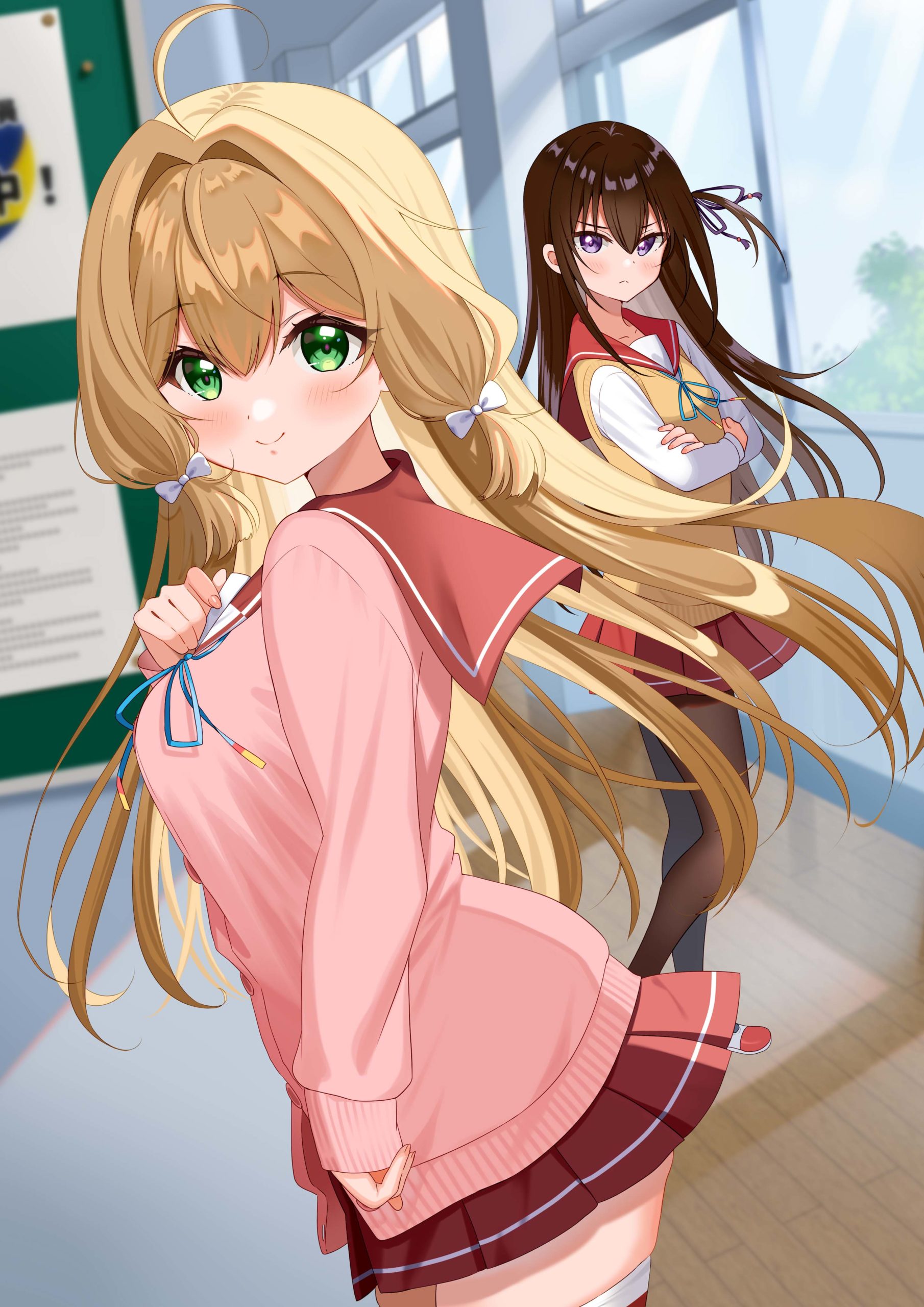 Editor’s Afterword:
College is rolling in and it is hitting me hard bro. As AJ stated from above, he and I are busy with our studies (And this upcoming research that I’ll be doing, so… maybe no updates for a while.) Whenever Winter Break comes in, I think I have a free time to spare with but who knows.

My Girlfriend Cheated on Me With a Senior, so I’m Cheating on Her With His Girlfriend