I Went Out With a Losing Heroine, But Before I knew It, My Childhood Friend, Who's Supposed to be The Winning Heroine Thought We Were Dating, Got Angry and Went Into an Argument - Chapter 81

The four of them were sitting in silence on a rattling, shaking train.

Yō couldn’t speak carelessly because he would have to spoil them if he did, and Nagisa was trying to observe what would happen to the three of them by daring to be silent.

Kasumi, on the other hand, was trying to figure out how to make use of their newly established relationship to her advantage.

As the atmosphere grew heavier, Yō indicated to Nagisa with just his eyes that she should say something.

But Nagisa shifted her gaze out the window as if to say that she hadn’t noticed Yō’s ask for help.

The smile on her face irritated Yō, but in the end, he had no choice but to break the mood.

“Akimi, what are you doing in your spare time these days?”

When she called out to Marin, Kasumi looked up at Yō disapprovingly, but Yō ignored her gaze and stared at Marin.

Perhaps Kasumi was complaining about why he didn’t ask her instead, but if Yō spoke to Kasumi here, there was a good chance she would ask to be spoiled.

That’s why Yō approached Marin instead of Kasumi.

“Yes, I’ve always liked cats. But ever since I saw Nya~san, I’ve been completely hooked on cat videos.”

Marin’s cheeks relaxed as she spoke with a cute, childlike smile.

But Kasumi, who had a keen eye, didn’t miss Marin’s gaffe.

She stared at Yō’s face with a puzzled look, wondering if Yō had already taken Marin into his room.

“Ah, I remember, I showed you on the video call. Nya~san is cute, right?”

Of course, Yō noticed Kasumi’s reaction and quickly followed up.

But that action didn’t sit well with Kasumi.

“You should have just made a normal phone call, but you went to the trouble of making a video call…”

“Yes, it was very cute…! Ah, by the way… I’m sorry for showing you my embarrassing appearance that time…”

She then dropped more bombs, although Yō doesn’t know if she noticed that Kasumi was already mumbling something terrible or if she has already decided that Kasumi is this kind of woman.

Thanks to her statements, Kasumi began to glare at him as if she wanted him to explain the details right now.

“No, you can’t help it. We all have times when we feel like crying.”

Yō explained to Kasumi, daring to put it into words so that he wouldn’t have to deal with it directly.

Kasumi immediately understood that she was the cause of Marin’s crying, and she became as quiet as a borrowed cat.

(What can I say? I’m used to dealing with Kasumi-chan. Normally, I’d pat her head here, but I guess I won’t do that now. Well, I guess that’s just for now, too.)

Nagisa, who was looking at the three of them, managed to hold back the grin that threatened to appear on her face.

It was one of Nagisa’s favorite things to see people do what she wanted them to do.

Of course, if that person is kind-hearted, she tries to make it beneficial for them.

“What else are you looking at?”

Now that Kasumi had quieted down, Nagisa decided it was time to switch to something else and tried to get back on topic.

Nagisa decided to switch to a more cheerful topic.

“I love this video of the landscape with the narration! I often watch them before going to bed!”

The channel that Marin showed everyone was the one run by Yō and Kasumi.

I apologize for being so short each time…!

I hope you guys enjoy it!

Would’ve been better if there were more chapter releases even if they’re short but people have their circumstances so it can’t be helped.

By the way, I have picked up a new series: “How Could You Like Another Girl When You Already Have A Cute Fiancée Like Me?”. It’s one of the newly released novels in Japan that had its cover which looked like Fischl. Below is the said cover of the novel. I hope you guys give it a read too while waiting for more chapters here!

Oh…brother, she dropped the biggest bomb. Anyways, have a take a look at AJ’s newly translated series (yes that novel when the MC has taken interest with another girl when his fiancee is Fischl herself.) Sadly, I won’t be editing that series since I’m already editing a ton of his TL’s. As always, if you like this series, support us on kofi and help AJ buy his new lappy(laptop) for this christmas. That’s all, and I hope you guys have a great Christmas. 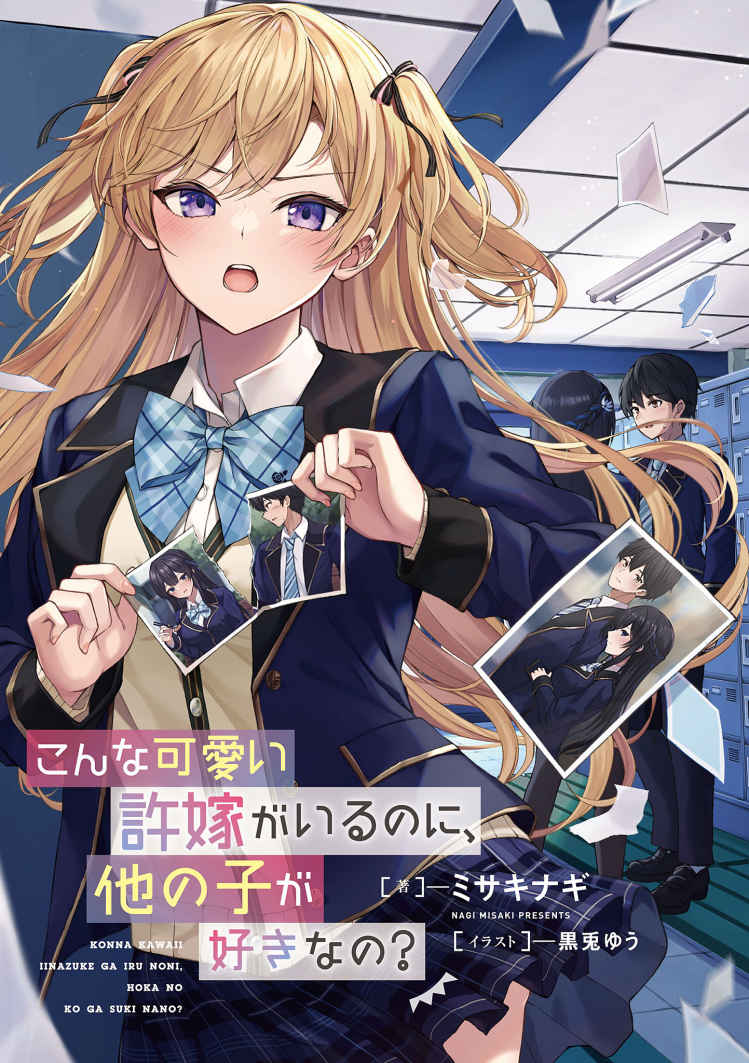 I Want To Make Time Thief-chan’s Heart Pound, A Love Psychological Warfare with my Summer Vacation on the Line