She Was Actually My Stepsister. ~Recently, The Sense Of Distance Between Me And My New Stepbrother Is Incredibly Close~ - V1 Chapter 3.5 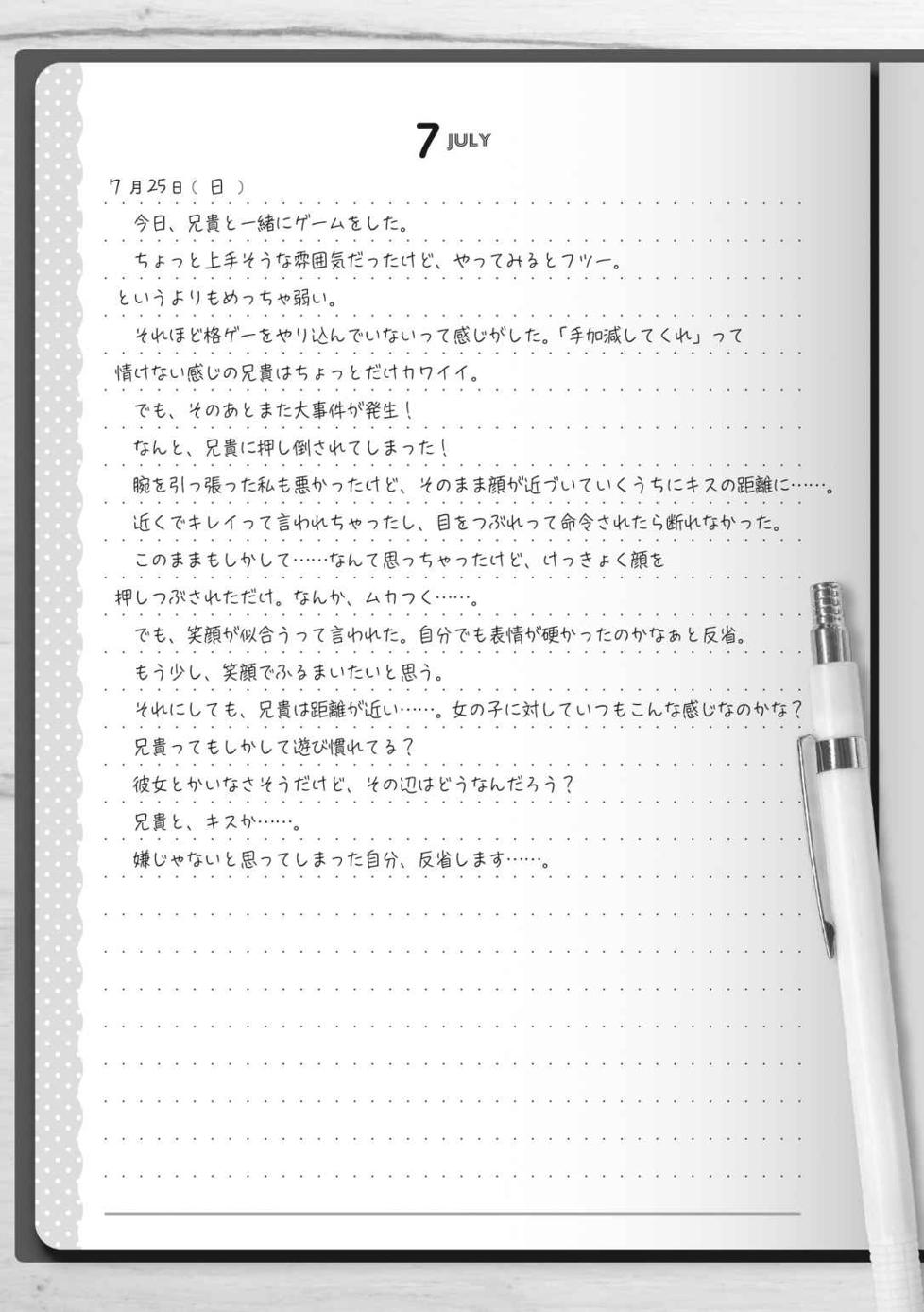 I played a game with Aniki today.

He looked like he would be good at it, but when we played, he was just average. Or rather, he was very bad at it.

I got the feeling that he had not played that many games. Aniki was a little bit cute as he said, “Go easy on me,” in a pathetic way.

But then another big incident occurred!

Aniki pushed me down!

It was my fault for pulling on his arm, but as our faces got closer, we were within kissing distance…

He told me I was beautiful up close, and when he ordered me to close my eyes, I couldn’t refuse…

At this rate, he might… and just when I thought that, he just pinched me in the face. It kind of pissed me off…

But he told me I looked better with a smile on my face. I’ve been thinking about it and wondering if my expression was a little stiff.

But still, Aniki is very attached to me… Is he always like this with girls?

Is it possible that Aniki is experienced in hanging out with girls?

He doesn’t seem to have a girlfriend though?

The thought of Aniki and I kissing…

Translator’s Afterword: This took awhile to get out because I had no one else to retype the diary itself, and I needed the kanjis itself. Gotta remind you all, I’m only just an MTL. Sorry it took so long since it was hard for me to find a new one who’d be willing to do it for me~

Also, chapter 4 translations of this series have already been started so I guess we would probably finish the chapter by weekends or next week.

Anyways, my birthday is coming up soon, and my bros are planning to come over, so I need some funds so as to not burden my parents with them visiting here. I hope you guys will help me. Any amount would do through the ko-fi button below~!

Shimotsuki-san Is in Love With the Mob