She Was Actually My Stepsister. ~Recently, The Sense Of Distance Between Me And My New Stepbrother Is Incredibly Close~ - Chapter 2.5 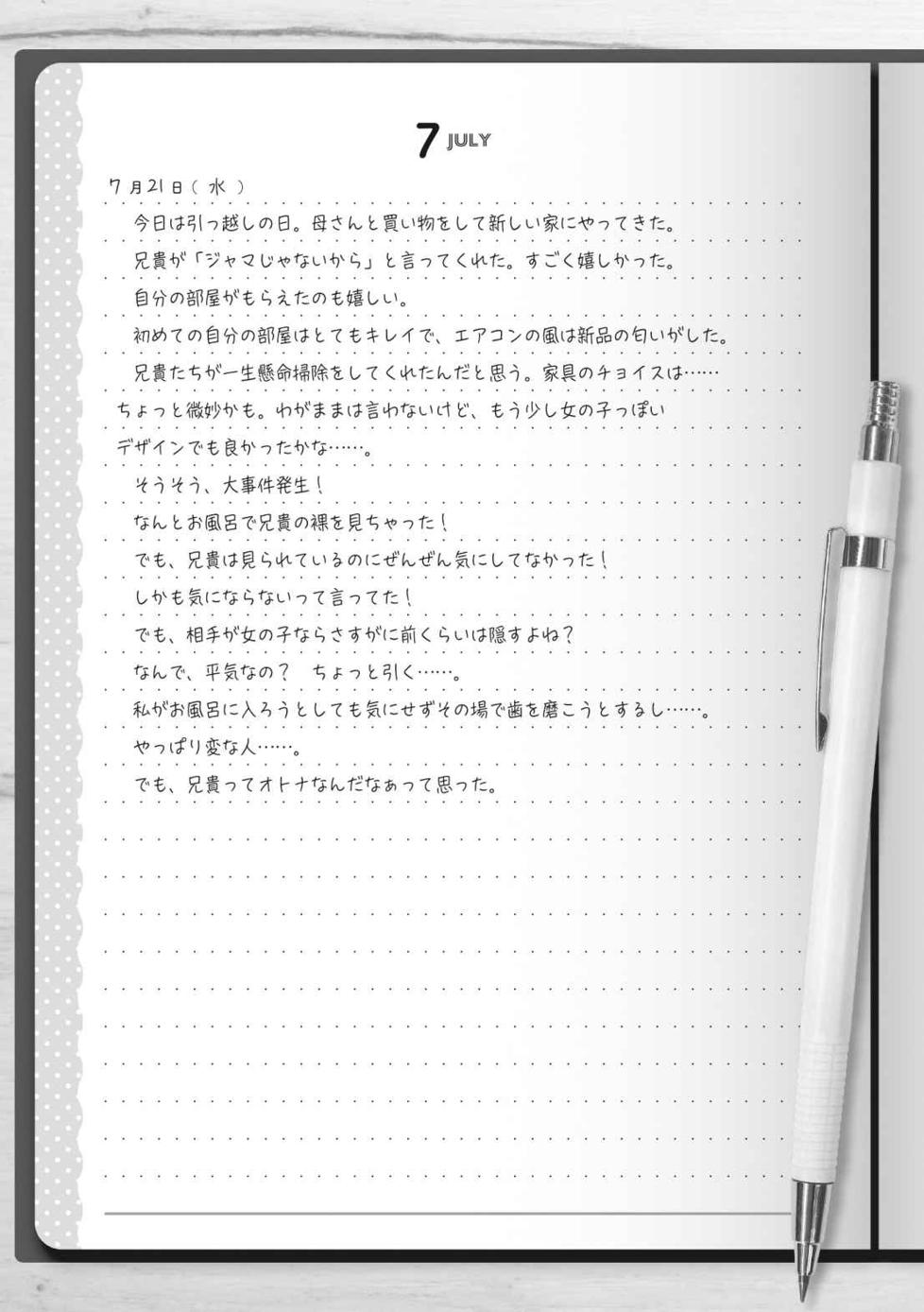 Today is the day we moved. Mom and I did some shopping and came to the new house.

Aniki told me that I wasn’t a bother. I was so happy.

I was also happy to have my own room.

My first room was very clean and the air coming from the air conditioner has that brand new feel to it..

I think Aniki and his friends worked very hard to clean it. The choice of furniture was… a little delicate. I don’t want to be selfish, but it could have been a little more girly in design….

Oh yeah, there was a big incident!

I saw Aniki naked in the bath!

But Aniki didn’t mind at all even though he was being watched!

Why was he so unconcerned? It’s a little bit disturbing…

He didn’t care when I tried to take a bath, and tried to brush his teeth right there….

I knew he was weird…

But I also thought, Aniki is truly a mature person.

Translator’s Afterword: I thank RicM for the $50 donation yesterday, I immediately went to translate this one since I was happy about it. It got delayed because the Editor was busy so it had to be put off until today. Even though this is short, I’ll try to do only two more chapters next week as I might have to start finding universities again and my mother made me sign-up for a 10-day job which would greatly affect the time that I was supposed to be using for translations. I hope you guys would understand the lack of releases~