She Was Actually My Stepsister. ~Recently, The Sense Of Distance Between Me And My New Stepbrother Is Incredibly Close~ - Chapter 1.5 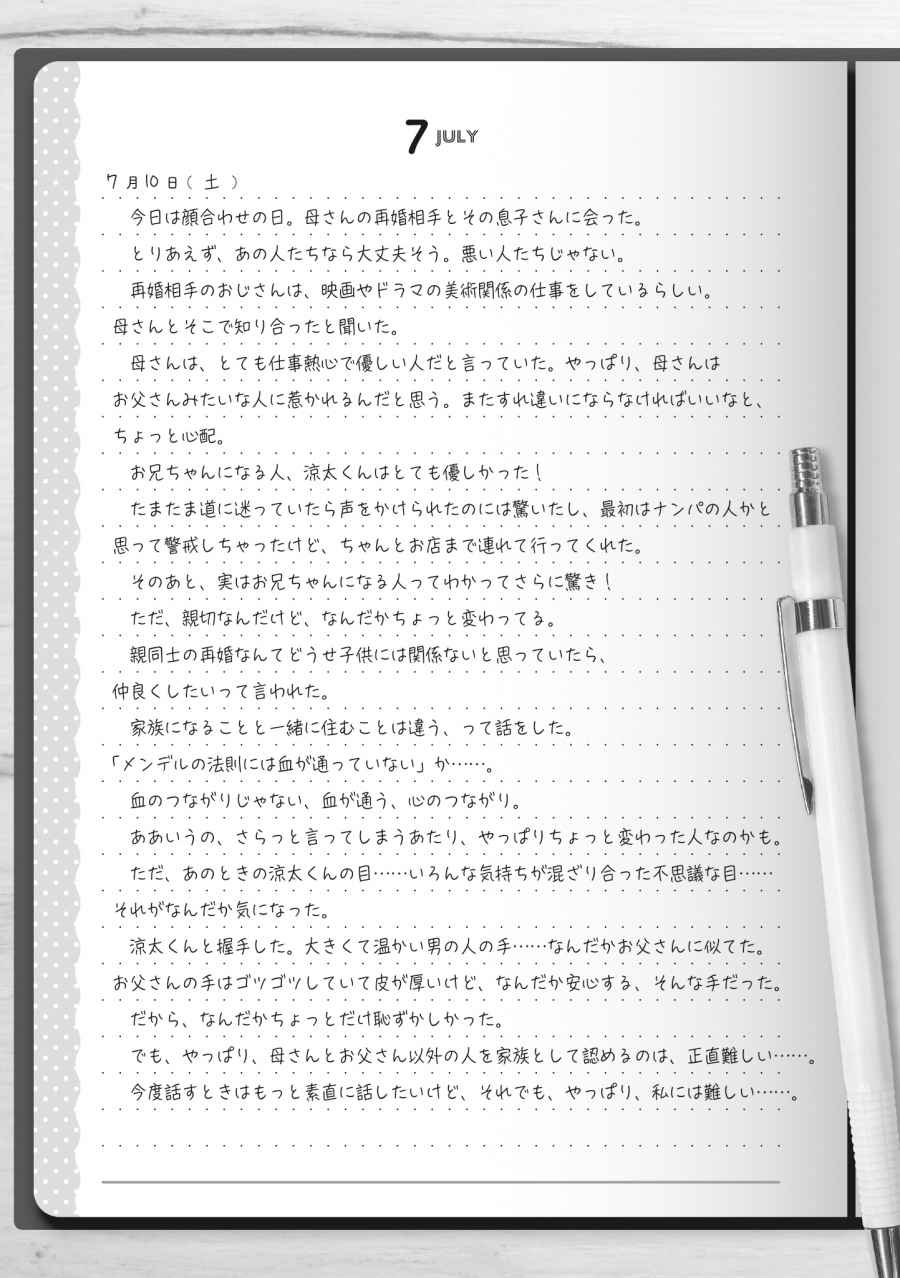 Today was the day of the meeting. I met my mom’s second marriage partner and his son.

For now, I think they’re okay. They’re not bad people.

Ojii-san was apparently working as an art director for movies and TV dramas. He mentioned that he met my mother there.

He told me that Mom was a kind person with a great work ethic. I think Mom is attracted to people like Dad. I was a little worried that our paths would cross again.

Ryota, who was going to be my Onii-chan, was very kind!

I was surprised when he approached me when I happened to be lost, and at first I was wary because I thought he was the kind of person who would do a Nanpa1, but he only took me to the store.

After that, I was even more surprised to find out that he was actually going to be my Onii-chan!

He was nice, but he was a little strange.

I thought it was none of my concern that mom had remarried.

He said he wanted to be friends with me.

He told me that being a family is not the same as living together.

“Mendel’s laws have nothing in common with blood…”

The fact that he said that so quickly shows that he is a bit of a strange person.

The only thing that bothered me was Ryota’s eyes at that time… His eyes were a strange mixture of various feelings.

I shook Ryota’s hand. Ryota’s hand was big and warm… it looked like his father’s. His father’s hands were stumpy and thick-skinned, but they made me feel at ease.

So, I felt a little embarrassed.

But to be honest, it was hard to accept anyone other than my mom and dad as family…

I want to be more honest the next time I talk to them, but it’s still difficult for me…

I Became Friends with the Second Cutest Girl in My Class